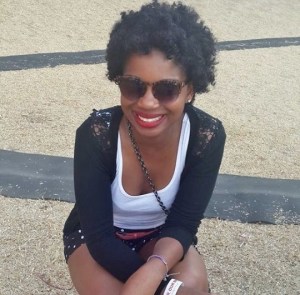 I’m sharing this at the risk of being yet another notch in the sudden resurgence of the hair debate debacle’s belt.  These are simply some thoughts that made their rounds in my mind space a few years ago and of which most became the bulk of my honor’s thesis titled The Kink: Straight talk, which was in ‘academic terms’ explained itself as an exploration of advertised black hairstyles and hair products, and how mainstream media feeds Africa’s Westernized perception of beauty.

In August 2010 at the age of 22, I decided to stop putting my hair through the grueling process of relaxing my hair, for good.  Up till that day I had always held with me my mother’s approval of having relaxed hair. She said it was easier to manage and maintain that way, and that was all it took.  My decision to go “natural” didn’t fail to come with a few raised eyebrows and questions about whether ‘I’m doing ok’ or if ‘there’s anything that I’m going through that I would like to talk about’.  This however didn’t deter my quest towards unrelaxing my hair and sporting a whole new look.

I was advised to do something else to my hair, something more contemporary and what I understood as socially and moreover professionally acceptable… this puzzled me.  This is what drew me to take a deeper look into the politics of hair.  As an avid television watcher and magazine reader, my personal hair queries lead me to picking up on the media messaging, both silently blatant and loudly subtle.  Black women on television or in magazines, or everywhere really sported mostly extensions, weaves or wigs.  The Dark and Lovely brand had beautiful pictures of their brand ambassador Nonhle Thema with silky wavy hair.  Local favorite celebrity Bonang Matheba, who is the face of the popular Diva Divine, an international company specializing in all things weave, does not appear to go without extensions. I also noticed how there seemed to be little focus or promotion of natural hair or products for natural hair .

The comments and reactions to my new kinky hairstyle seemed to mirror media messaging.  I came across little advertising on hair products for natural hair and the vision of a trendy public persona as an ambassador for natural hair seemed to be a mildly alien concept.  Media and more specifically advertising feeds a demand for certain hairstyles. To give context to my thoughts I reference one of my favourite personalities in history, the late Great Marcus Marcus Garvey.

The above quote alludes to black people changing their appearance to be accepted into society at the time. During his times, Garvey called for a revival in black individuals to strive towards overcoming hardships and move towards seeing and embracing the value that they seemed to be moving away from (Duffield, 2009). The philosophies of Marcus Garvey would seem to provide a fertile launchpad for this one way conversation.  So to those of you who don’t quite know who I speak of:  Marcus Garvey was a leader of the Pan African movement, founding the United Negro Improvement Association.  Garvey is well known for his call to black people to embrace and reclaim their waning identity which at the time was under a waning threat.

To name but a few of Garvey’s philosophies…Garvey believed that black people had taken to  finding  reasons to escape the black race as they had found it to be unworthy. According to Garvey, human beings had become accustomed with finding comfort in living in an arranged life, this meaning that we find the comfort of familiarity in accepting what has already been mapped out to follow, for example, the messages we receive from an array of media mediums.  By Garvey’s definition of propaganda, that being a organized method used to control the world; these are the arrangements we might find ourselves subscribing to on the daily despite the negative repercussions. Propaganda destroys hopes, ambition and confidence in self.

These theories ring true to this conversation. There is an identity crises nestled in our minds; a slavery hangover effect of sorts. This trickle down conditioning is what I think forms part of the shift in the perception of beauty. The mass existing, mass propaganda that I myself grapple with daily, being that I ironically work in advertising,  is a stronger influence on our decision making than we think, and forms part of  the way we choose to live our lives.

So how does this really work out? The industry needs the demand for the product and it (the media) facilitates this by providing the means of creating the demand by advertising and promoting a product or services.  So the media gets paid and industry gets the demand that they want.  These days however, we are beginning to see a plethora of platforms such as Afrorage that are a helping hand to women who take the natural hair route.  Hopefully the resurgence of the nappy and happy haired individual is the start of a love story, a love once unrequited… shared with the next generation.

(Oranjemund born Elina Nambala; @Crownedpearl currently serves as a strategist for ad agency 34 in Johannesburg, with an academic background in Political Science and more recently brand leadership. Moreover @Crownedpearl is an avid life lover, an appreciator of all things art, an old young soul, living, learning and growing).